We got lucky again a few weeks later when I ran into another old acquaintance at the HIAS hall. It was Herschel Troyevsky, with whom I’d played soccer at Eschwege. Now he was going by the name Herbert, or Herbie for short. He told us he lived in a Brooklyn neighborhood called Bensonhurst and that he knew of a lady in his building who was looking for a subtenant.

Herbie had another bit of advice for me. “You can’t call yourself Munye here. You need an American name.” He said he thought it should be something that starts with the same letter. “Hey, how about Mike? You could be Mike Edelstein, or Michael for your full name.” 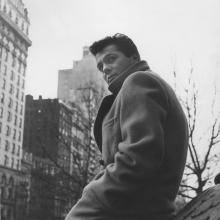