A massacre had happened at a bunker in the forest not far from our own a few months earlier, Lonye said. Huddled with our group in the bunker, he had heard the gunfire and even smelled smoke wafting through the forest. Later they got confirmation: A terrified group of Jews had indeed been smoked out and killed in their forest bunker, which was then filled in and served as their mass grave.

“It was probably Rembocha that did it,” Lonye said. Of all the Ukrainian police who hunted Jews, Lonye somehow knew of this particular one who was supposed to be relentless. Lonye said Rembocha had a network of snitches who fed him information about Jews in hiding.

Because of that, if anyone from the group failed to return from a mission, it had to be assumed the bunker location was compromised. No matter how courageous the captive, Rembocha and his henchmen had ways to make prisoners talk. 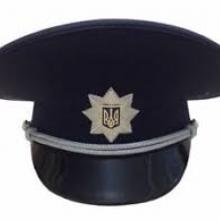