Educator and survivor who wrote the history of Skala’s Jews

In years past, there had been no secondary school for Jewish kids in Skala. Only a few of the most gifted would go on to gymnasium in Czernowitz or elsewhere, and these boys were much fussed over. By my time, there was a private two-year high school open to both Jews and gentiles who had academic promise but could not afford school out of town.

The day school was organized by Gedalia Lachman, one of my fellow future survivors who would later write Skala's history. The curriculum was said to be very modern, including courses in all the latest sciences. Max studied there. I, of course, was too young, and would not have been sent there anyway. 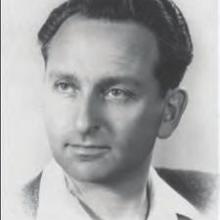