Michael entered into the American zone of occupation

I remember my first interactions with American soldiers at the crossing. A Yiddish-speaking officer interviewed us about our origin and migration, and he put us at ease that we were eligible for entry to the camps.

He told us he was himself a German-born Jew who had emigrated to America before the war and later volunteered for the U.S. Army. He was part of a unit of Yiddish-speaking GIs who were sent here to interact with incoming refugees.

I didn’t know it then, but I would later become much more familiar with the American Army’s use of immigrant linguists for military intelligence. For now, the soldier assigned us to a camp called Eschwege, near to Kassel in the northern part of the American zone. 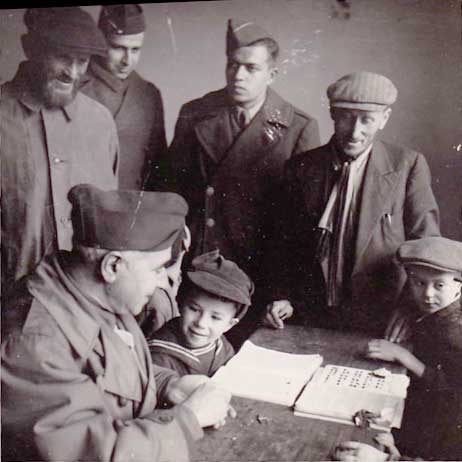