Max points to a freshly painted, stately old building, explaining it had been the house of Rabbi Judah Drimmer, the last rabbi of Skala. After the Nazi takeover in July, 1941, the rabbi’s home became the headquarters of the Judenrat, the council of Jewish community elders set up by the Germans.

Skala had something of its own rabbinical dynasty, the Drimmer family, which had held the leadership of the Vizhnitzer community for many generations. Skala's old shul had been destroyed in a fire before World War I and the rebuilding was never fully completed due to insufficient funds. One corner of the unfinished space was used for services by both the Chortkover and Vizhnitzer congregations for high holidays, with each taking its turn. 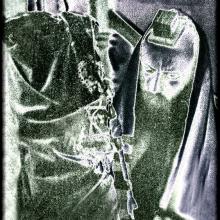