Third displaced persons camp where the author was housed

We spent our final year in Germany at Foehrenwald—a large, exclusively Jewish camp in the Waldram area south of Munich. This was a more comfortable facility with permanent buildings and central heating. Here we were joined with DPs from various other camps.

Later I learned that my future wife Florence was also in Foehrenwald at that time, having come from one of the other Kaserne camps in Ulm. We may have seen each other but did not speak at that time. Years later, Florence's close friend Miriam Hoffman claimed that we did meet at Foehrenwald, but I don’t remember it. 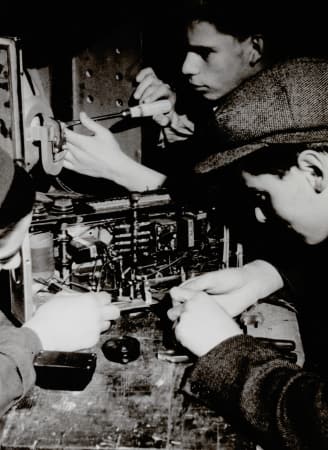