We soon learned that the Red Army’s hold in the Podolia region was still tenuous. It was said that a whole SS division was encircled but still fighting in the vicinity of Kamenets, across the river to our southeast. Then one morning, less than two weeks after our deliverance, the military situation turned drastically. News spread through town that the German division had broken out of Kamenets and was advancing directly on Skala.

It all happened very fast. I went down to the square to find the troop garrison packing equipment and preparing to evacuate. I saw Captain Kaminin was talking to a couple of other Jewish survivors. He said that the army would make room for us in their convoy but we had to be ready to go in less than an hour. Anyone who couldn’t make it would need to go back into hiding.

The Nazis would be back in Skala in a matter of hours, just like before and probably more villainous than ever. 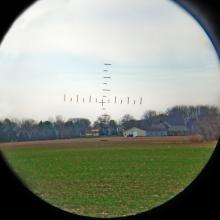