Fortuitous Meeting in the HIAS Lobby

Jacob Herzog was a landsman from Skala who had come to New York as a young man many years earlier. He was the son of Yosel Herzog, an elder tinsmith in Skala who had helped my father get started. Jacob had met Tateh on several occasions when he came to Skala on trips during the 1920s and ‘30s, visiting his family and bringing community funds on behalf of the New York Skala Benevolent Society.

It turned out that Jacob had worked for many years in the sheet metal trade in New York and was now the president of the United Hebrew Trades Sheet Metal Union. As the union boss, he knew all the builders and contractors and which ones had jobs underway and work available. He said that Tateh should come down to the union hall in Brooklyn on Monday morning and he would get him on a job right away.

What a wonderful break for us! We had not yet even been to our scheduled appointment with a vocational counselor, and already—almost miraculously and out of nowhere—Tateh was already set with a job. 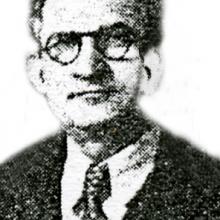