Waterway that formed an historical border

Skala's strategic location on the western bank of the river Zbrucz, the historical border between the Russian and Austrian empires until World War I, and after that between newly independent Poland and the recently created Soviet Union, made it a hub of transit and cross-border commerce, including an active smuggling economy that benefited the Jews.

The serpentine river ran north and south in a flood plain on the east side of town. It was about 50 feet across and at most maybe five feet deep. A rich Yiddish and Jewish culture flourished on both sides of the Zbrucz and throughout the region. 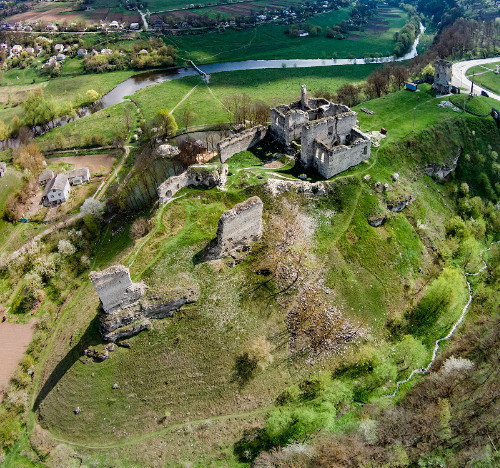