One day I was chatting with a broker I knew and he said, “Listen, things are changing too slowly in Brooklyn. If you want a changing neighborhood, you should look at Washington Heights.” There, in the northern section of Manhattan along the Hudson River, German Jews were moving out and being replaced by a new wave of Latin American arrivals, especially from the Dominican Republic.

So Abe and I took that advice and our next purchase was a six-story, elevator building at 435 Fort Washington Avenue in the heart of Washington Heights. The apartments were huge with as many as six rooms. As units became available, we began renovating them to make two smaller apartments out of each big one. Soon we started to see a profit coming in. After that, we had the chance to buy the matching building next door, 427 Fort Washington, and continued the same strategy of adding new units of inventory. 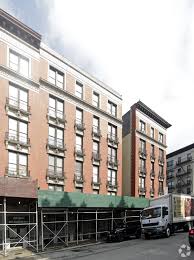 Businessman on the Roof