The madrich, or squad leader, of the Beitar group in Eschwege was a young man named Zvi Greenblatt. Zvi also was a supporter of the sports club and took an interest in me personally. He once had special soccer shoes made for me by the camp shoemaker, whose daughter Pearl was a friend of mine and who I still know now in New York.

I lost touch with Zvi for many years but in 2014, he suddenly called me from Israel where he still lives. He had just passed his 95th birthday, but he told me in a vigorous voice that he is healthy and still going strong. It was wonderful to talk to him again after so many years.

There was much excitement at one point in 1947 when a brigade was being organized to go to Palestine and join the Irgun. I was 16 then, and I wanted badly to go. When I went one day to the Beitar office ready to put my name on the list, it was Zvi Greenblatt who talked me out of it.

He said that I was still too young to be accepted into the Irgun and, in any case, it would be wrong for me to leave my father alone in the camp. I realized he was right and abandoned my scheme. 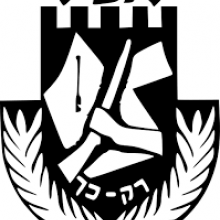