Author, educator and philanthropist who survived the Holocaust in Skala

After a few days had passed [following the roundup], I began to see some of the others who, like me, were trying to pick up the pieces of their shattered lives. Some who had money socked away used this time to make arrangements with gentile acquaintances for protection, or to prepare better hideouts. In her memoir, Fanya Gottesfeld describes how her merchant family received protection from a Ukrainian policeman with whom she had a coerced relationship.

Hiding remained necessary during the days and weeks following the aktion, as Ukrainian police and bounty hunters scoured the town and its environs for Jews. Ukrainian religious and business leaders gave unspoken approval to vigilante actions against the Jews. Any Jew caught outside without a special permit could be put to death with no questions asked. 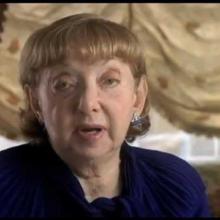