Unlike Fred Trump, his son was a difficult customer

The other big shot I crossed paths with more than once was Donald Trump. I respected his father but had less favorable contacts with the future President of the United States.

Back when I was still running the roofing business, we had contracted with Fred Trump on a big job requiring removal of layers of old gravel and asbestos. It was tedious and noxious work using an automated gravel scraper that deposited the material into a chute dropping 12 stories to a dumpster below.

That’s when Trump the younger got involved. He wanted us to use an expensive gravel vacuum system that was no cleaner and far noisier than the process we were using. We decided not to buy the equipment, and Donald fired us. Fred chose not to get involved in the matter.

My son Ronnie always says that we were the first people to whom Donald said, “You’re fired.” That could be true but, business aside, I have always appreciated Trump’s relationship with the Jewish community and I support his policies toward Israel and the Middle East. 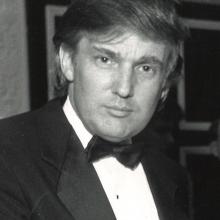