Polish border town where Michael was born and experienced his ordeal

Every story has a beginning, as the saying goes. Mine starts in Skala in the 1930s. Sadly, this first decade of my life coincided with the last decade of the town’s storied Jewish history. Jews had lived in this place for hundreds of years, pursuing a way of life built on tradition, faith and commerce, and coexisting with the local Polish and Ukrainian populations. Tragically, that willingness to live and let live despite ethnic differences would soon and forever be swept into the abyss.

In the 1930s, Skala was a town of about 3500 souls—about 40 percent of them Jews—in the Podolia region southeast of the city of Ternopil. In those days, Skala belonged to Poland, although today it lies deep within the nation state of Ukraine. Its strategic location on the western bank of the river Zbrucz, the historical border between the Russian and Austrian empires until World War I, and after that between newly independent Poland and the recently created Soviet Union, made it a hub of transit and cross-border commerce, including an active smuggling economy that benefited the Jews. 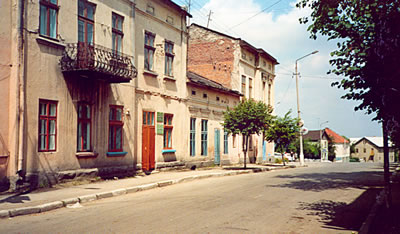