Against all odds, a Jewish state had been born in 1948

Focusing our urge to never forget what we had lost in the Holocaust, the charitable giving of many American Jews shifted to the astounding or even miraculous event that happened soon after. A Jewish State, the State of Israel, had been born in 1948 and, against staggering odds, had defeated the Arab armies that tried to destroy it.

Israel was a poor country in the 1950s and ’60s, in desperate need of the financial support of all the Jews in the world, especially the American Jewish community. Funds were desperately needed to defend the young country against continual attacks by terrorists who infiltrated in from the surrounding Arab countries and from the threat that a coalition of Arab armies might launch an all out attack. 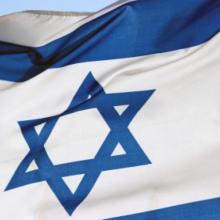